Left Hates Trump While We Appreciate 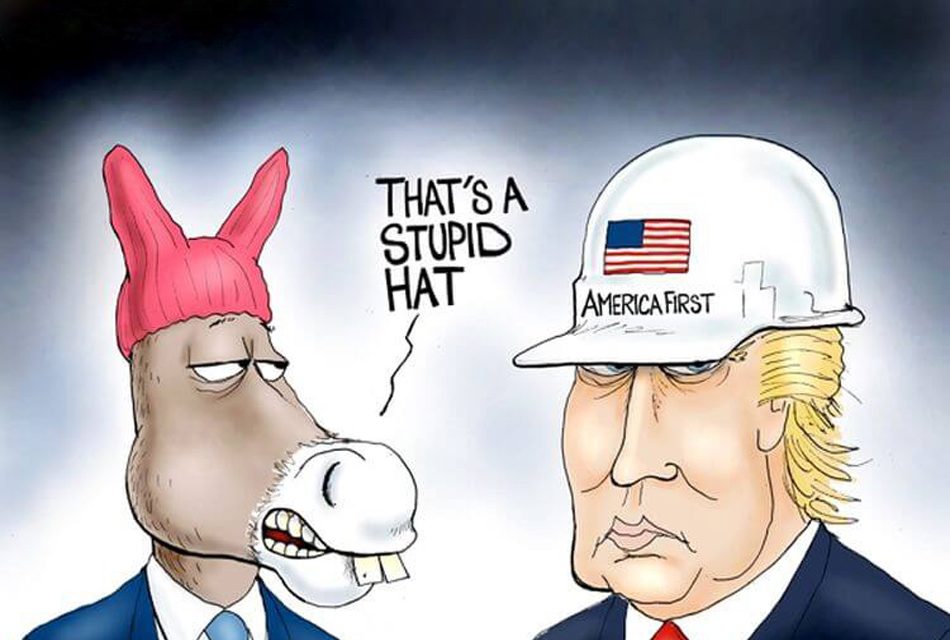 Trump the left hates while we appreciate. Have you ever wondered why the Democrat socialist and the media hate President Trump so much? Well there are several reasons and what is really crazy is that the reasons they hate him are the reasons we admire him.

President Trump is the first President in my lifetime that will get down in the mud with you. In other words, if you kick him he will kick you right back just as hard if not harder. This has rocked the Democrat’s world. They don’t know how to deal with this because all prior Republican Presidents tried to take the high road and not get nasty like the left always has. And why does the left have to get nasty? Well because they must distract you away from their policies for they know their policies are not popular with those of us who understand what they are really trying to do which is to transform our America into a socialist state.

Another reason that the left hates Trump is that Trump is a billionaire and can’t be bought. He does not need money for PAC’s or other interest groups to fund his political life. He can tell it like it is and not owe anyone a thing. He can speak from his heart and not be a mouthpiece for some special interest group. He understands the values of his base and talks their language, direct and to the point. He donates his Presidential salary to charity.

The left in this country has completely lost their minds in trying anything and everything to derail the Trump Presidency. Obama weaponized the DOJ and FBI before the election and used the now famous Hillary Clinton dossier to conjure up the Russian collusion hoax, which by the way is on its way to costing us 30 million dollars. Since the election all we have heard from the Democrats is impeach, impeach, and impeach. They offer no new legislation or ideas to counter Trump. All they offer is a call for violence against those who oppose them. They are actually encouraging their people to harass Republicans in public while they are trying to live their lives with their families. This is very dangerous and I am worried for Republican public figures. What did Eric Holder say; kick them when they are down?

Fake news is 92% negative about anything Trump does and that’s why most of us ignore the noise. https://keepusgreat.com/2018/06/23/fake-news-should-make-true-journalist-feel-shame/ The Democrats just can’t understand why he is still so popular, yet another thing that is driving them insane. They just can’t grasp the fact that the majority of Americans want to work and make their own money and not lay up and get government benefits. They don’t understand the thirst for freedom and how working Americans understand that with government money comes government strings. Middle class working people do not want to be government puppets. This is why many of us stand behind Trump in his efforts to put America first. Put middle class Americans first in trying to bring manufacturing jobs back home allowing us to improve our way of life with good jobs with benefits. https://keepusgreat.com/2018/01/14/democratic-party-war-middle-class/ The left just does not understand that there is nothing wrong with winning and we want America to win. These left leaning globalists are naïve if they really believe that all countries can be equal. In the history of the world there have always been dominant societies and guess what, there always will be. And yes, we want America to be dominant and Trump gets it. 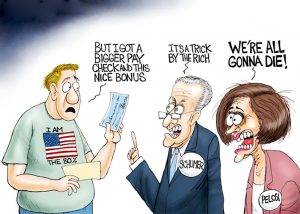 Soon we will have the opportunity to allow President Trump to continue to put America first by voting in the midterm elections. We cannot allow the Democrats to take the House or the Senate. If they do, they will do everything in their power to stop Trump’s initiatives. They will take money out of our pockets by rolling back the tax cuts we just received. They call them crumbs, well I need my crumbs, and I like my crumbs. So again, I encourage you to vote and encourage those of like-mindedness to go vote as well. We must support President Trump and allow him to continue to walk the talk.