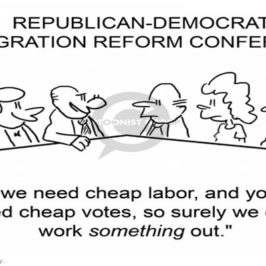 Immigration policy and the desire for power and money is why we as a nation cannot seem to find a resolution to this issue. This is not an easy subject to write about for it is somewhat complex so allow yourself some time to reflect on this. There is nothing wrong with allowing people to immigrate to America but the most important thing that all policy makers should never ever forget is that they owe their allegiance to the current citizens of America and what is in their best interest. This is much easier said than done, however.

Historically the Democratic Party has been and still is very liberal on immigration. They want open borders with very few restrictions on who can immigrate into America. They do not want to enforce immigration laws that would deport immigrants that are here illegally. They won’t say this, but they have no issue with immigrants getting social benefits that only American citizens should have access to such as food stamps, Medicare, Medicaid, and public housing to name a few. Not all immigrants receive these services; however, the extremely relaxed stance the Democratic Party takes on immigration law and the enforcement thereof makes immigrants much more likely to support their party. Democrats or socialist take this stance because typically immigrants, once they can vote either legally or illegally, will vote Democratic 80% of the time. Thus, the immigrate population serves as a positive source for their voter base. Remember, that all these services immigrants are getting are at the taxpayer expense.

Republicans, if you are into stereo typifying, are all about big business. Their donors are big builders, energy companies, corporate farms, service companies, entertainment companies, and most major manufacturers. What all of these people need is labor, the lower cost the better. Thus, Republicans are all about making sure the above mentioned entities have access to low cost labor; so usher in the immigrant. Immigrants, especially illegal immigrants, work for lower wages because they are not covered by any labor laws in America. Employers also benefit because they do not have to pay matching funds to Social Security or Workman’s Compensation insurance. Some of the time their work is seasonal as they provide harvesting services for corporate and large family farms. Millions of immigrants are here in America doing jobs for far less money than American citizens are willing to work for.

So there you have it ladies and gentlemen; money and power are the two forces that will not allow the issue of illegal immigration to be solved. And the big loser is: you and I the taxpayers. Some would say “Well you would pay a lot more for a house if it wasn’t for illegal immigrant labor” Really; and just how much do you think you pay to educate illegal immigrant children or pay for their medical care, or pay for other services they receive that they shouldn’t? I would gladly pay more for a house one time.

I have no issue with someone wanting to work here and better themselves, I just want them to pay their way. I would also support a more extensive guest worker program that would force employers to pay their fair share for their laborers. Employers should be forced to pay workman’s compensation for all their immigrant labor. There needs to be laws in place that protect us the taxpayer.

We have immigration laws and guess what; I know because I have used this system extensively. Legal immigration is not that difficult. It takes time, but it is doable.

I have one question: Why should the American taxpayer pay for the Democrats to add to their voter base and for the Republicans to fulfill the need of their donors for cheap labor? 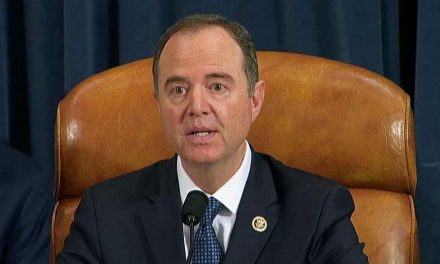 President Trump will Nominate and Democrats will Obstruct