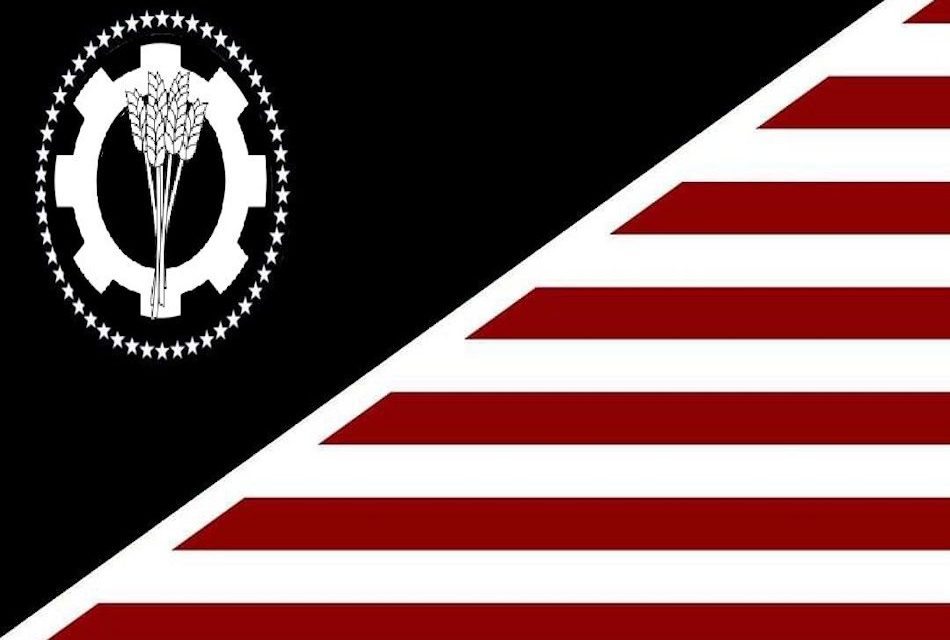 Prepare yourself for socialism it’s here. I haven’t written anything in a while because I just wanted to see how things played out. Well, it’s played and it looks as if the majority of Americans prefer socialism. I’d never thought I would see it, but it looks like the long term investment of liberalizing the public schools has paid off.

It will be interesting to see how fast the regime will begin to implement their socialist agenda. I believe what will hamper them the most is the virus. That is why I would expect them to get the vaccine out as fast as possible and possibly making getting vaccinated mandatory. The economy is already suffering from the virus and it certainly cannot take a double whammy by implementing their wealth redistribution policies right now.

Taxes will go up no matter what. They are already talking about a gasoline tax. Fossil fuels are now the enemy even though we have no viable economical or power generation capacity to replace them. We will rush back in to the Paris Climate Accords that allows “developing” countries like China and India to maintain their carbon emissions at their current levels for at least a decade while the U.S. will be forced to lower ours at the cost to every American with job losses, higher prices, and power outages. Allowing the free market to develop new technology is the most efficient way for those sorts of things to occur. If the state will incentivize those types of initiatives then the development of new technology would be expedited; however if the state just mandates them, the opposite will occur resulting in a negative impact on the economy and the quality of life.

So what is the outlook for the evil big oil companies? Eventually they will be nationalized along with all power producers. I don’t know how long that will take. That will be determined on how fast the socialist policies negatively impact the economy. With the war on fossil fuels, which will lead to increased regulation, the price of all fuels will increase along with the cost of power. Every American household will be negatively impacted. Of course the state will blame the energy companies which will lead to a call to nationalize the energy companies to control the price of energy. When that occurs, you have Venezuela.

Censorship has already started. I wonder how long it will be before Z has a government controller on the board of directors along with a raft of advisors screening out articles like this one. Then, before you know it, social media will be nationalized. There is no free speech in socialist countries, the state must control what the people see, read, and hear. There won’t be a need for all of these independent media companies like Twitter, Facebook, and Instagram, all that will be needed is one. So all of you media employees prepare yourself for the inevitable loss of thousands of jobs. Again I don’t know the timeframe for this, but if socialism takes a firm grip on America; it will happen. You won’t be the only ones; you sure don’t need all of these TV networks to relay the message of the state. There will be huge job losses there as well. You say that will never happen here, and I say it has already started behind the scenes.

Is there anything positive about socialism? Not really. Can you point to any socialist country on this earth that has a standard of living equivalent to ours? No you can’t. I don’t know why people can’t understand that you cannot equalize a society. Like it or not, we are not born with equal abilities and those who have superior abilities want to be rewarded for that in the form of higher earnings and a higher standard of living. Guess what; there is nothing wrong with that, but in socialism, you must sacrifice potential higher earnings for the benefit of the state and all those who comprise the state. If you feel otherwise, then you become an enemy of the state and you will be forced to comply. That is the failure of socialism. It removes the incentive and rewards for gifted people to achieve and develop new technologies that benefit the society they live in. In socialism, if you develop new technologies for the state the state will determine how you are rewarded, or if you are rewarded.

Why would a person spend 12 years of their life learning to become a physician when with state run health care they will be paid a set fee for every procedure they perform? Why do you think that elites from socialist countries come here for advanced health care? Here is a more personal question for you to ponder, my mother is 85 and just had 2 heart valves replaced, do you really believe in a state run medical system she would have been allowed to have that done? If you do, you are in for a rude awakening.

I could go on and on but really the verdict is in and America is all in for socialism. It will be interesting to see how fast the regime moves to increase its power and remove our freedoms.

But hey, this is what the majority of Americans wanted, so I’m along for the ride, but I really don’t believe they understand what kind of ride they voted for.