Tuesday November 8th 2016 will be the most important day in our young Republic. In reality, the Republic either has a chance to survive or will end beginning on that day. What is sad is that many people do not understand socialism and how they will lose control of their lives and their children’s lives. I know this sounds bad, but it is bad, real bad. I hope and pray that good, God fearing, law abiding, hardworking, Americans go to the polls and vote for Donald Trump. By far he is our only hope at keeping our freedom and our country.

Hillary Clinton represents the essence of socialism where government officials hold themselves above the laws that they expect us to abide by. In socialist countries it is routine business for political leaders to accept payment for favorable treatment, hence we have The Clinton Foundation, pay for play.

In socialist countries, the government runs the media. Look at the bias against Trump and favoring Clinton. How ignorant is the media? They are blindly supporting a candidate that, if elected, will control everything they write or say to the public. How many outlets do you need to say the same thing? Do they not understand they are aiding to their own demise?

How many people have lost their lives due to Hillary Clinton’s illegal email server being hacked? That’s right, some American mother and father have lost their children due to Clinton’s lack of respect for the law. We will never know the number. It is a tragedy.

If you live in a swing state like, Penn., Ohio, Michigan, Florida, North Carolina, New Hampshire, New Mexico, Nevada, or Iowa for the love of God and Country get out and vote for Trump. Spread the word. As I said before, our country and way of life is at stake. Freedom is at stake. 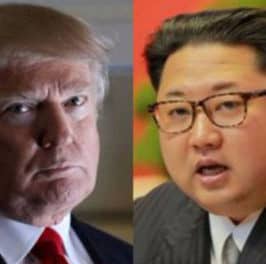